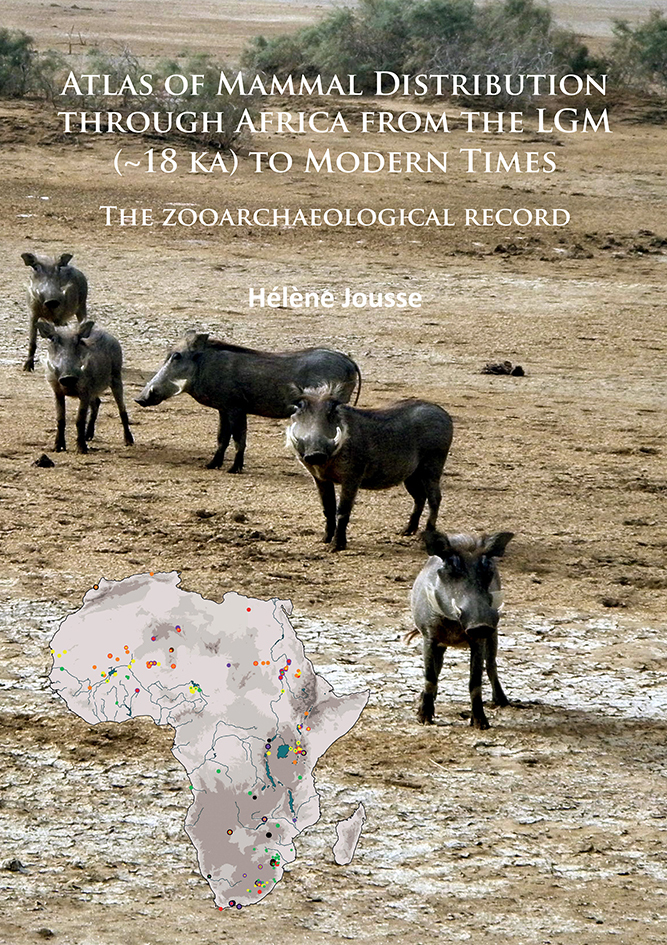 Atlas of Mammal Distribution through Africa from the LGM (~18 ka) to Modern Times. The zooarchaeological record, 2017, 316 p. -

This work provides the first overview of mammal species distributions in Africa since the Last Glacial Maximum (LGM, 18 ky) to modern time. It is derived from data published mainly in the zooarchaeological literature until 2009. During a post-doctoral project hosted in the zoological department of mammal collection at the Naturhistoriches Museum in Vienna (Austria), the occurrences of taxa in archaeological sites on the African continent were recorded in a database, integrating geographical and chronological information. This record offers the opportunity to produce a chronological atlas of mammalian distributions by presenting their occurrences on successive maps over the last 18 ky. This work is useful for zooarchaeologists dealing with one particular species by providing a bibliographical work that documents its past locations. It must be noted that fauna are mainly documented through their presence at archaeological sites and are therefore tied to the presence of humans and their activities. This may only partially reproduce their true past distribution. However, the sites offer a good coverage throughout space and time and generally reflect the extent of mammalian distributions, although the limits of their distributions may be further refined. The atlas will aid in the investigation of palaeoecological issues, such as the capacity of mammals to adapt to climatic change and respond to human disturbance in the recent past of Africa. The database also provides information that is fundamental to a better understanding of what influenced the present-day distribution, dynamism and structure of mammalian communities in Africa. By incorporating a larger temporal scale to modern ecological studies, it may help control their conservation since desiccation and human disturbance in Africa is still a worrying question for their future.
Référence : 49262. Anglais
•
62,00 €
Retour