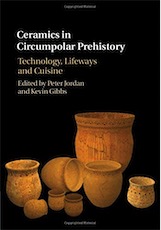 Throughout prehistory the Circumpolar World was inhabited by hunter-gatherers. Pottery-making would have been extremely difficult in these cold, northern environments, and the craft should never have been able to disperse into this region. However, archaeologists are now aware that pottery traditions were adopted widely across the Northern World and went on to play a key role in subsistence and social life. This book sheds light on the human motivations that lay behind the adoption of pottery, the challenges that had to be overcome in order to produce it, and the solutions that emerged. Including essays by an international team of scholars, the volume offers a compelling portrait of the role that pottery cooking technologies played in northern lifeways, both in the prehistoric past and in more recent ethnographic times.
Référence : 51490. English
•
89,00 €
Retour