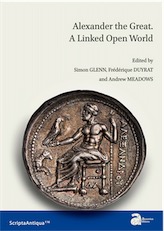 Coinage is the only form of evidence to survive from Alexander's lifetime in large quantities. It has much to tell us about the nature of his empire. And it has also had a profound influence on the reception of Alexander as a political and economic actor in more modern times. Yet that evidence is fragile and its transnational nature means that it is not assured the protection afforded to archaeological heritage that is more easily seen as national. This book explores how new developments in the world of Linked Open Data can help to draw together this huge resource, and exploit it to understand not just Alexander and his Empire, but also our communal heritage.
Référence : 50810. Anglais
•
25,00 €
Retour